Discover the Lot with the 4-star campsite La Chêneraie

At La Chêneraie, our 4-star riverside campsite in the Lot, we may be in wine country, but water runs through our veins! And the rivers Lot, Célé and Dordogne, each at its own pace, each in its own setting, offer a multitude of water sports activities. Once past the rugged Rouergates, the river Lot enters Quercy and reaches Cahors, following a capricious path, animated by meanders and dominated by high cliffs... this is its most picturesque part, enhanced by the beauty of jewel villages (like Saint-Cirq-Lapopie). The Lot valley is classified as a Grand Site of Occitania. Want to cast off? From Luzech to Larnagol, the river Lot is navigable from April to November. 17 locks and 75 km of twists and turns along a route considered to be one of the most beautiful in Europe. You can stroll, swim, unload your bikes and ride along the towpath... Quite simply, the art of idleness.

Downstream, the undulations of a less steep Lot serve as a backdrop to the Cahors vineyards, which occupy the fertile terraces of the river, which then becomes gentler, and quickly penetrates the Agenais, where its waters mix with those of the Garonne (Toulouse, the pink city!)

The river Célé is capricious and enchants the curious. Overlooking it, the ochre cliffs offer breathtaking landscapes, punctuated by villages with remarkable stone buildings and the majestic flight of the birds of prey of the causse.

The Dordogne river is generous, lively and sporty, coming down from the Massif Central, it is a beautiful river in the Lot. It borders the northern border of the department, over a distance of about fifty kilometres. It hosts an impressive concentration of exceptional villages and castles, from Carennac to Souillac. From the north to the south, you will go towards Martel, you will skip the causse de Gramat, suddenly Rocamadour appears in the small Alzou valley. And then, one foot on the Limogne Causses, to the east, Figeac and Saint-Céré, we are now in the most emblematic landscapes of the Lot! The Dordogne is capricious, it changes bed, leaves sandbanks, abandons meanders which become dead arms: they are called couasnes. They serve as a refuge for many animals: grey herons, tree frogs, muskrats, shad. 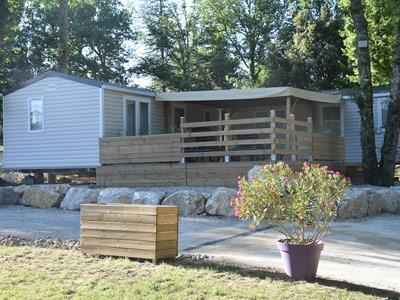 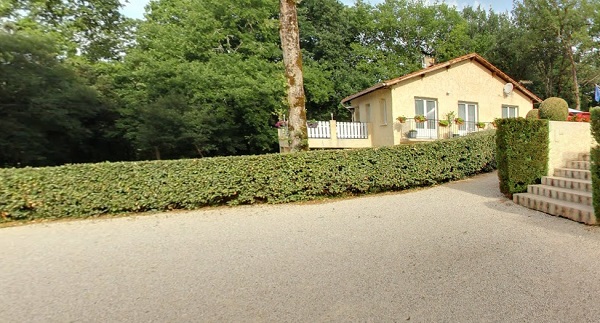 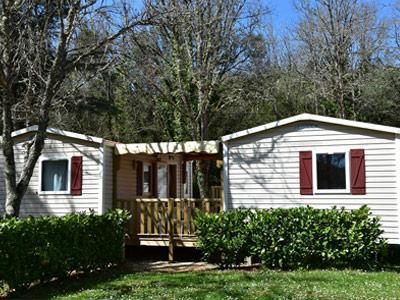 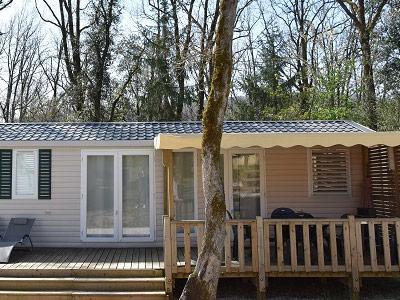 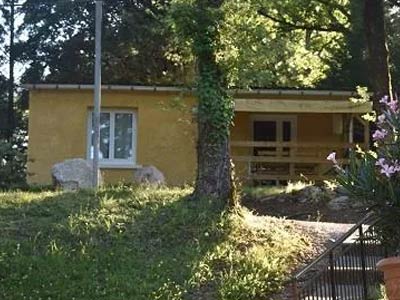 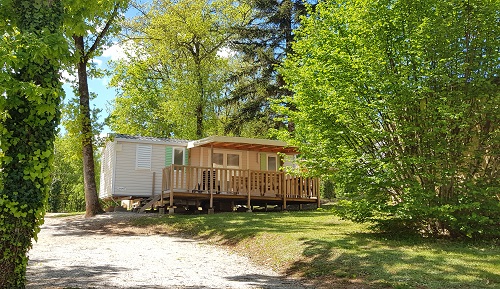 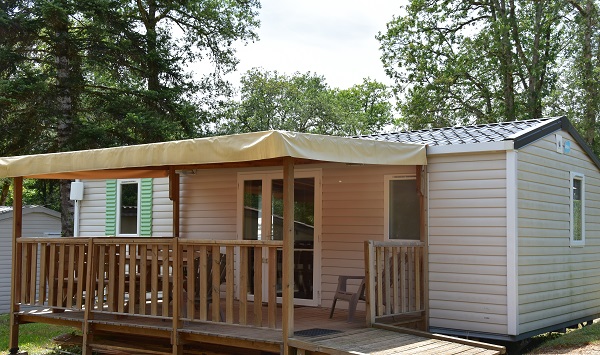 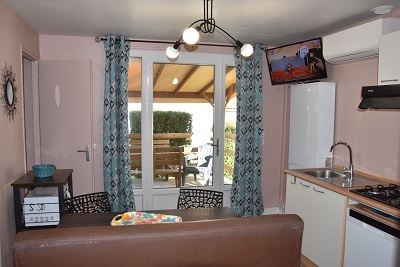 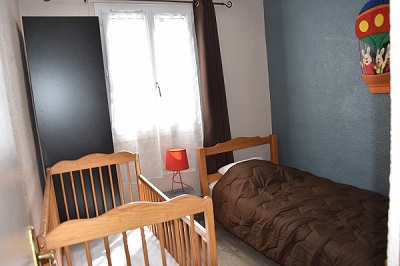 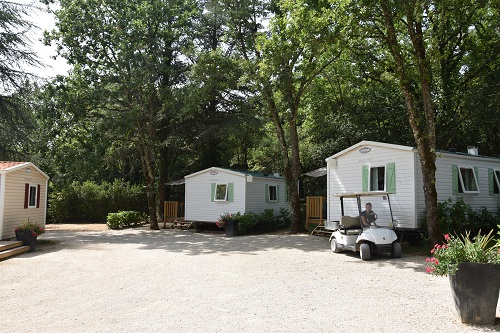 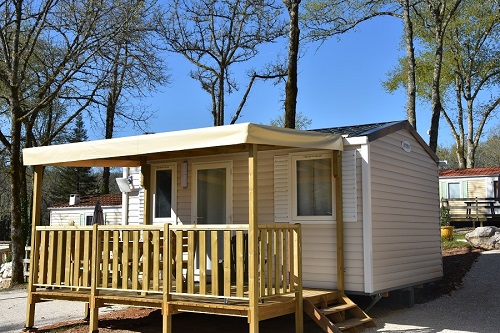 Mobile home Cahita2 pers.1 br.
La Chêneraie as if you were there
Virtual tour of the campsite 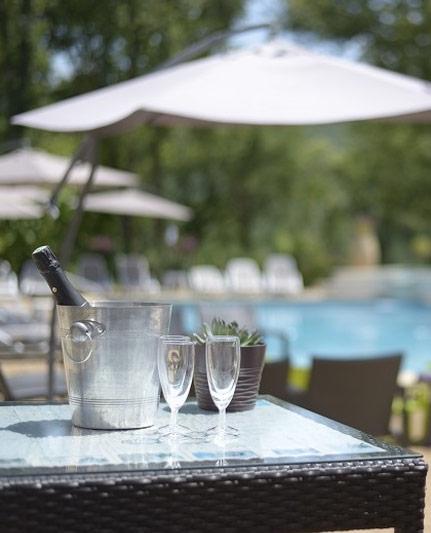 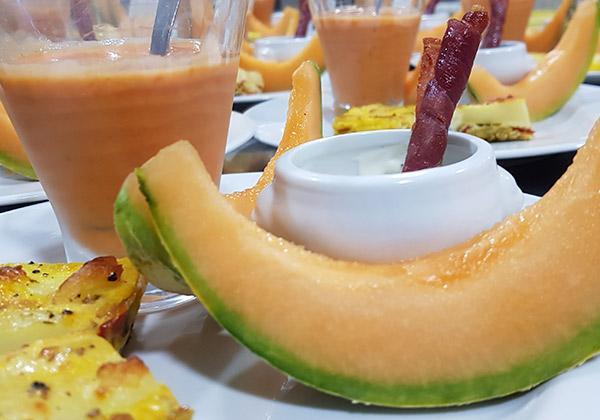 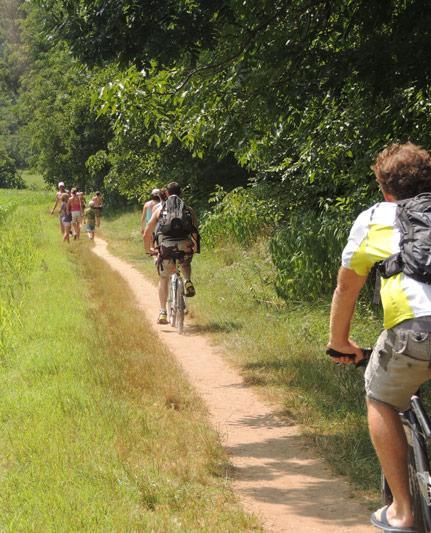 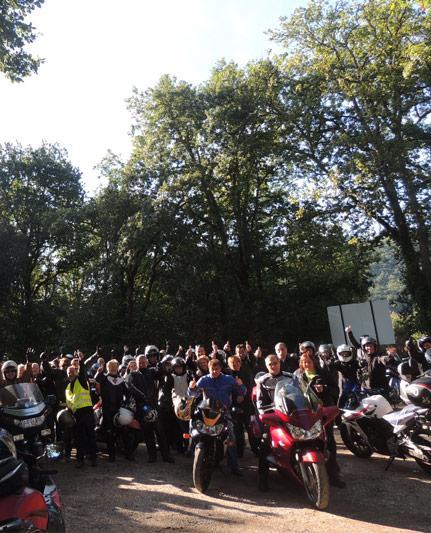